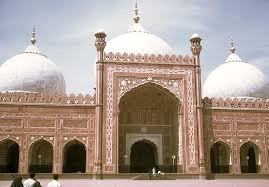 It was in 1206, approximately eight hundred years ago, India produced its first major Muslim ruler for several generations. It was the beginning of the longest reign of any religion, empire, civilization, ethnic group, dynasty, political administration or government in the last millennium on the Indian subcontinent.

Muslim rule was to last six hundred and fifty one years, four empires and six strong and powerful rulers. Muslim rulers included Qutubudeen Aibak and Razia Sultana and were among the earliest monarchs before the Mughal Empire. Akbar, Jahangir, Shah Jahan, Aurangzeb stand out as the most prominent Mughal kings.

The Indian- Ethiopian king Malik Ambar and the most successful Muslim adventurer of 18th century India, Haidar Ali and his son Tipu Sultan are among the possessors of smaller kingdoms that flourished in later years.

Famous monuments built during those seven centuries by Muslim rulers include Qutb Minar and the Taj Mahal.

It was during Muslim Mughal rule that India was among the richest and most powerful nations on earth. Spices, cotton, indigo, silk, rice, tea the shawl and an assortment of other commodities were known for their Indian origin and international trade.

During the same period the ten gurus of Sikhism emerged along with the famous Golden Temple and it was built on land awarded to the Gurus by Muslim rulers. Even one the most famous Hindu monarchs of all time, Shivaji, reigned during Mughal times and was once awarded territory and kingship.

Islamic authority was brought to a closure only in 1857, less than two centuries ago.

Since independence from British rule in 1947, India has only had less than seventy years of Hindu majority rule. After Muslim rule ended in 1857, the Hindus and Sikhs did not achieve full independence. Instead, those who had assisted in the removal of Muslim rule, the British Empire opted to assume control themselves and European domination was to last 90 years.

Muslim rule however, is best remembered for the last occasion, India was under Islam- The Mughal Empire.

They constructed reservoirs, bridges, gardens, masjids, lodgings all over India. They also established ‘Langars’, which provided free food for the poor. These were established not just by the rulers, but also by many of the Amirs as well.

The Mughals also introduced the Suyurghal system or ‘income support’ whereby ordinary civilians would receive, usually in cash or in land allotment, the income from which was tax free. They were usually awarded to preachers and priests, but could and would also be given to women. The women included widows of preachers or devout women (all Muslim). Such stipends were sometimes used to establish free schools. The learned or pious also received a pension.

Legal disputes were settled quickly. The Mughals followed Shariah law. Hindus were subject to Shariah law as ‘dhimmis’ (people under the protection of the law), but were tried by their own judges. They were also permitted to lodge complaints to Qadis (Islamic judges). Muslim law allowed all Non Muslims to practice their freedoms according to their own laws.

Medical and Pharmacological treatises were written by doctors of the Mughal court. The medical works included ‘On the maintenance of health’ and ‘Gardens of Medicines’ both by Dr Yusuf –yi Herati. Pharmacological works included ‘Things useful to humanity’ by an anonymous author. Historical sources show that works were produced about epidemics and ailments which people suffered from. Some doctors were even poets and scholar historians as well and wrote accordingly. Hakim Mir Muhammad Abdallah wrote a three volume book, Mu’ alajat-i-Dara Shikoh, that covered world history from the time of Adam to his own day and also covered medical topics such as dietary advice and hygiene in the same text.

There were many famines in Mughal India and successive governments helped out. Among the provisions of assistance included setting up more facilities for distribution of free food to the poor in addition to those which had already been established in years of plenty. The Bulghur-Khana was a place where the poor were given food relief and it was especially important during times of famine.

Gold and Silver, embroidery and carpets (Indian carpets were very popular in Europe) were produced in the City of Agra, velvet and other fine materials were produced in Ahmedabad while indigo was based in Bayana, near Agra.

Gujarat was famous for beautiful cabinets and cupboards. Jute, rice and sugar cane were produced in Bengal. Lahore was famous for its textiles and began to rival Gujarat for fine carpets. Cotton and silk fabrics were exported in vast quantities abroad from Calicut and Bengal. Bihar was famous for its paper. Muslin was produced in Sironj and Saffron was found in Kashmir. Foreign customers included England, the Netherlands, France, China, various African countries, Iran, the Muslim World and Russia.

Women found themselves employed as secretaries, report writers, guards, archers, international traders, financiers and merchants, bodyguards and even accountants and clerks. Some even wrote poetry and were good letter writers.

A few women wrote commentaries and treatises on different subjects and made contributions to the arts and learning.

The princesses had their own allowances, palaces and the right to make their own appointments to who would protect them and sign the ruler’s decrees. A few princesses are known to have had their own libraries. The women also served in the battlefield. Many women served as patrons, peace brokers, negotiators and even as intermediaries between warring factions. A few women even became ascetics.

Some women could be landowners, overseers of building and irrigation projects, organizers of festivals and bazaars, celebrations and other major events and owners of vast shares in their own names. Certain women received pensions, stipends from shares and other business transactions. Women from different religions could serve as political advisors, preachers and even speakers.

Some Muslim and Non Muslim women served as both actual rulers and queens and those who ruled in everything but name.

Among the arts, women served as musicians (such as flute and tambourine players), painters, weavers, dancers and as astrologers and as designers women produced handicrafts which they would sell at the bazaars and were involved in calligraphy. For entertainment, women enjoyed board games such as backgammon, card games, chess and chaupasi. Outdoor pursuits included polo, hunting expeditions and excursions.

Schools for girls was first established by Akbar in Fatehpur, Sikri and continued from there. Women received learning in Persian, classical poetry, domestic science and theology.

Sati was banned by the Mughals starting with Akbar. Smoking tobacco was banned in 1617 by Jahangir. Jahangir also banned the production of wine and spirits.

Wrestling, Polo, fencing and animal hunting were among the most popular forms of entertainment. Horse racing was also popular.

Biased Anti-Muslim historians have portrayed only a hostile memory to taxation in Mughal India. They ignore facts like tax exemptions on those areas which were known to be too poor (such as the Deccan).

During Mughal rule, Persian was used not just as the court language, but also of culture, finance and literature. However, Turkish Arabic were particular favourites among Mughals. Many works of all subjects and disciplines were translated from Arabic to Persian. Muslim theologians themselves wrote largely in Arabic. Works produced and translated included legal treatises, religious commentaries and scientific manuals.

Under Akbar, Mughal India became a land of writers of all kinds and they arrived in droves. Among them came thousands of poets from Iran. There was a resurgence of study in medieval classical poetry of both India and Iran. Huge volumes of dictionaries were produced for the galaxy of languages across the subcontinent as well as translated dictionaries from one language to the other.

Philosophy was also studied and India had its fair share of philosophers, one of the most famous being Bedil (died 1712), who was a philosopher, a poet and a mystic. Hundreds if not thousands of major figures across the subcontinent wrote autobiographies, others produced biographies and many wrote integral pieces of their lives from kings, court ministers, physicians, generals, governors, chroniclers, merchants, ambassadors to civil servants and government advisors.

Indeed when the Iranian monarch, Nadir Shah, invaded India in 1747, he took with him most of the 24, 000 manuscripts in the country at the time.

Aurangzeb was the first to build the greatest of the Masjids in Mughal India; the Badshahi Masjid in Lahore in 1673-1674. It contained a vast courtyard that could take in thousands of worshippers and the over eighty rooms that surrounded the court functioned as schoolrooms and others as accommodation for worshippers. Women also had their own masjids.

The Hammam or Bathhouse was among the greatest contributions to public hygiene, then unknown to Europe and even to Hindus and Sikhs. Hot water and latrines were present and available.

Due to the prevalence and importance of trade, the Mughals built caravansaries for the benefit of travelers and these routes included water fountains, guestrooms of various sizes as well as stables for animals and storage space for goods. Bridges were also built to improve connections between the important cities. Other trade routes were built between harbours and the capital city in addition to between the important cities for the production of goods and agricultural produce.

Jahangir created the Shalimar Garden in Kashmir in 1619, it was laid out on hilly ground and hence easy to construct water courses with small falls. A similar one was erected in Lahore with the same name and modeled after the one in Kashmir. While the Kashmir Shalimar Garden had an elegant black marble pavilion on the third level, the Lahore Shalimar Garden was divided into three areas; one for the public, another for the elite and the third for the family that owned it. Other gardens created across the country had rivers flowing by or streams flowing by or into it. One garden, the Wah Gardens, was built on the old route between Lahore and Srinigar in Kashmir. Kashmir was the favourite site for gardens to Mughal rulers. Indeed 777 gardens were built following Jahangir’s first visit there in 1620. One of the most famous was the Zafarabad Garden, named after Zafar Khan, an excellent Governor of Kashmir.

Mughal Jewelers, using the simplest tools, created among the finest jewelry, which cannot be replicated even with the most sophisticated techniques available today.

His greatest achievement included the standardization of weights and measures, the introduction of the cultivation of potato into India, the advancement of money to destitute farmers. He was also the first to introduce gardens. His first garden was in Kashmir in 1597. Entitled the Nasim Bal near Dal Lake.

On a negative note, he abolished the Jiziya in 1564, eight years after becoming king. Akbar embraced all religions. He took an active interest in the Zoroastrians, the Hindus, the Sikhs, the Christians.

He was interested in mysticism and this brought him into cherishing visits to Ajmer, to Sufis and to so-called Pirs. He initiated Deen-E-Ilahi (the Divine Faith) in 1580.

Today, Shah Jahan is known only for the Taj Mahal. His other achievements were no less than great. As a warrior king, he led armies into battle, negotiated settlements patronised learning.

Shah Jahan was also the first to cultivate the Honeydew Melon. He built Delhi. Originally named Shah Jahanabad, it was built to a geometrical plan with wide straight streets.