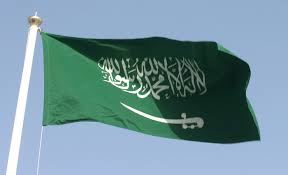 “Tauheed-Ul-Haakimiyyah” is a newly invented term used as a political tool to negate following the law of the land and to enforce the laws of Shariah.[1] “Taaghoot” refers to anything that is worshiped besides Allah which includes the law of the land.[2]

There is a great misconception in the Muslim world today regarding whether or not a Muslim should obey the law of the land or the divine law of Allah.

Whilst it is our desire as Muslims that our constitutions are legislated in accordance to the divine laws of Allah, it is however unfortunate that Muslims are struggling in trying to implement such laws. Majority of the countries of the world are non-Muslim countries in which many Muslims reside. At the same time, Muslims are forced to follow the law of the land of their respective countries.

As Muslims we are bound to follow the laws of Shariah and the laws of the land. Allah mentions in the Quraan:

O you who have Imaan! Obey Allah, obey the Rasool (messenger of Allah Sallallahu Alaihi Wasallam) and those in command amongst you (Nisaa’ 4-59)

It clear from the above verse that firstly the laws of Allah and his Rasool Sallallahu Alaihi Wasallam should be obeyed. Thereafter the Laws of those that are in command should be obeyed. There remains no issue as long as the laws of those who are in command conforms to laws of Shariah. Muslim minorities living in non-Muslim countries should address the respective authorities of their countries to facilitate their concerns as Muslims or use other avenues that will accommodate their Deeni necessities.

By following those who are in command clearly indicates that they have a right to legislate laws of the land. Therefore, it would be permissible to vote for those that are in command and also obey their laws. However, when voting, the concerns of Muslims should be kept in mind.

One thought on “Concerning Tawḥīd al-Ḥākimiyyah”